My Writing Life:​​  ​Writing habits are subjective. Me? I like to get that cup of coffee in the morning and head to my office and start writing while my mind is fresh and the phone doesn't ring. That is unless I've been up half the night spending time in my office writing because I can't sleep. Then, the morning ritual changes.

Living in New York State's Finger Lakes countryside, is a big plus given the four major seasons and the festivities that take place throughout the year.  Situated in the country, I sometimes feel like Snow White and Cinderella and Sleeping Beauty--all those Disney characters who are surrounded by wildlife. There are an assortment of critters either hopping, munching, flying, or slinking around my house--deer, rabbits, birds, raccoons, opossums, woodchucks, fox, and even an occasional bear! OH! MY! I never know who or what is going to show up in my neck of the woods. ​But the countryside is peaceful and allows me the quiet quality time I need to write. 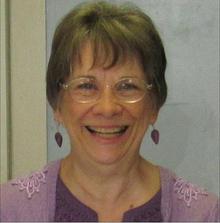 My love of writing started when I was a young girl who fell in love with reading.  Belonging to a book club of various genre growing up, then frequenting the library to get my hands on the latest Nancy Drew, Dana Girls,and Trixie Belden. Later I discovered Agatha Christy, and while working at Cornell University's Olin Library, I frequented the Crime Club Selection. Later, my sister introduced me to Harliquin, and I fell in love with reading and thoughts of writing. I became curious as to what it took to write a book--tell a story.  It wasn't until later in life that I decided I wanted to create my own stories. And so it began. First I dabbled in children's literature, travel features for international and major magazines, local newspaper features, and then setting my goal to write a full-length romance novel.